With the families of ancient points, we are constantly linking with the psychic side of the individual. This is not surprising when we know that Chinese medicine has its roots in shamanism. After the ghost/demon (Gui) and shaman (Ling) points, here is a third family that completes the other two, because in the Eastern mind the ternary principle is one of the most important to describe the interactions between Heaven and Earth.

We have seen that according to the ancient Eastern conception (but this is true in the four corners of this world for protomedicines [I]) diseases were triggered by the intrusion of evil spirits sowing disorder and agitation in the body. Thus, the Gui were responsible for all evils, and it was necessary to cast out these more or less powerful ghosts through recitations, ceremonies, prayers and other sacrifices. For this, men and women became the go-betweens for the world of humans and that of spirits in order to restore harmony between them. These are the shamans represented by the Ling points. Ghosts are considered evil spirits from the underground world, while shamans are human beings working on the surface of our world. Therefore, if we have representatives of Earth and Men, it was imperative to appeal to the beneficial spirits to help the healers in their treatments (medicine called Zhù yóu 祝由). This is the role of the Shen points that represent Heaven here.

The etymology of the Shen character is very interesting. As with every article, we can refer to Philippe Laurent’s book “The Spirit of Points” to understand the deep meaning of the character.

The first part of the character is the key to religious affairs, a sort of tripod to raise the sacred smoke to Heaven. In the Neolithic it was terracotta tableware, but in the Bronze Age it became cauldrons covered with symbols for serving luxury dishes (rarely and only for the powerful) and ritual objects (more commonly). They are called 鼎 dǐng [II] and they have had a deep impact on Chinese society. The second part of the character evolved several times, but the meaning remained more or less the same. In part B it is a lightning bolt and a thundercloud, a manifestation of the upper world. It can also be seen as the swirls from the sacrificial cauldron, as a spirit passing-by. In the AF form, it is two hands holding a rope. At first face to face, we see them moving in the SW shape to top and bottom. It is the play of the forces of Heaven and Earth that pulls on the rope that connects them: the human being. The C shape stylizes the second part, and the current form stylizes the reading key. This development could not be clearer. The Shen Spirit is what stretches us between Heaven and Earth, but it is above all a celestial manifestation (lightning) that presides. Thus, we understand that we are dealing with the world of celestial spirits that shamans call upon to intercede with suffering people.

Let us recall here, that the shaman points are only 5 in number, while the Gui points defined by the doctor Sun Si Miao (see previous articles) are 13. So, the struggle seems unequal. But according to Taoism, everything must always be in balance. It is therefore necessary to try to restore the balance with the help of the Shen points. And since 13 Gui minus 5 Shamans leave 8 free places, we logically have 8 Shen points. In the list that follows, it is necessary to understand the use of the names “divine” and “spirit” indifferently, because they are all from the same character 神.

Bonus Point: CV 15 鳩尾 is called Jiūwěi, or “the pigeon tail”, which a priori has nothing to do with the subject of this article. This is the most powerful point that can be found to treat the Heart on the Conception Vessel, even more than CV 14 the Heart Mu point. But this point has another name which is 神 府 Shén fǔ or the “Abode of the Spirit”. It is the place where the Breaths, the different Qi, create the Shen Spirit. It is so precious that its name has been hidden under that of a bird (animal belonging to Heaven) so as not to attract the attention of evil spirits. This point must not be attacked, otherwise it somehow becomes the last resting place of the Spirit. Have fun putting the characters in Google Translate and you get the word “tomb”, which confirms the need to keep this point hidden.

Effects of the Shen Points

Let’s spend some time looking at the therapeutic effects of these Shen points. What exactly do they do?

Reading this list allows us to understand the key features of the Shen points:

The exciting thing about this study of these three families of points (Gui, Ling and Shen), is that we understand that the Ling must make an alliance with the Shen to complement each other for beneficial effects on the mental health of the patient [III], but also to obtain the right number of points to fight against the Gui demons. Said like that, we say to ourselves that yes, chance does things well. But if you regularly read this blog, you know that chance has nothing to do with this story, because the mind of the ancient Chinese leaves no doubt about their intentions. Let’s look at the Shen and Ling points, 13 points, depending on their geographical organization on the body.

In other words, the shaman is surrounded by heavenly spirits that will help him fight disease/evil spirit.

First from top to bottom, then from the middle line to the exterior:

Same logic as before. We now understand that the shaman is located between a tutelary spirit that watches out from the top and a second from below him, to fight the demons that are underground, that is, the disease in the body. Here we can clearly see the ternary vision Heaven-Man-Earth so dear to the Taoists.

From top to bottom:

At this point, it becomes difficult to talk about coincidence. Better, this arrangement tells us a lot about the vision that shamans have for arranging the houses of spirits. Moreover, in today’s shamanism we still speak of the spirits from down below (often the totem animals) and the spirits from up above (rather spiritual entities more or less powerful). It should be noted here that all these points belong to the same meridian.

From the hand (pointing to the sky) to the torso, so from top to bottom:

The rule changes abruptly with the arm where all the points are located on the meridian of the Heart. Here we have a celestial spirit followed by two shamans. There are several reasons for this. Firstly, it must be remembered that we are on the meridian of the Emperor. The emperor of China always had in his court several shamans, soothsayers, astrologers, all Taoists in most eras of the Middle Kingdom. And the highest point is the one that allows him to communicate with Heaven, that is, the Gate of the Spirit.

The second reason for this change is in the organization of the Heart-Kidney axis. It was noted that only the last 6 points are located 3 on the Heart and 3 on the Kidney, the Shao Yin layer. This axis is one of the 6 levels, the lowest in terms of energy potential, but also the most valuable. Let one of these two organs cease to function and it is immediate death. This is why these two meridians have the last 6 points. But again, and always for the sake of harmony and balance, it was necessary to balance the number of Shen points with the Ling points, i.e. 3 Ling and 3 Shen. That is the explanation for this change.

One can only be amazed by the wisdom and attention to detail of the ancient Chinese who left nothing to chance. In their vision of disease, there is indeed a fight between the forces of Heaven and Earth, a fight whose goal is not so much to fight as to restore the role of each and to bring back to balance. Here, no fight to the death. The disease should not be eradicated. It is necessary to restore each of the actors in his role, without overflowing, thus avoiding the dualistic trap of good and evil.

Today, thanks to the work of Sun Si Miao, we can trace back to the shamanic sources of Chinese medicine. Better yet, we can see the concern of the ancients about inexplicable diseases (such as an epileptic seizure) that only medical science and psychology/psychiatry have been able to ascertain, with other simpler pathologies such as colds or headaches usually being treated by plants. All these points form a good basis for psychological treatments, thus contradicting the belief of the Western world that Chinese medicine is not interested in psychic disorders. 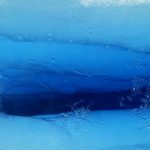 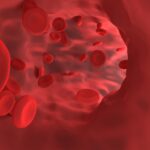 If you don’t want to miss any article, course, interview or information about Shiatsu, subscribe to our newsletter.