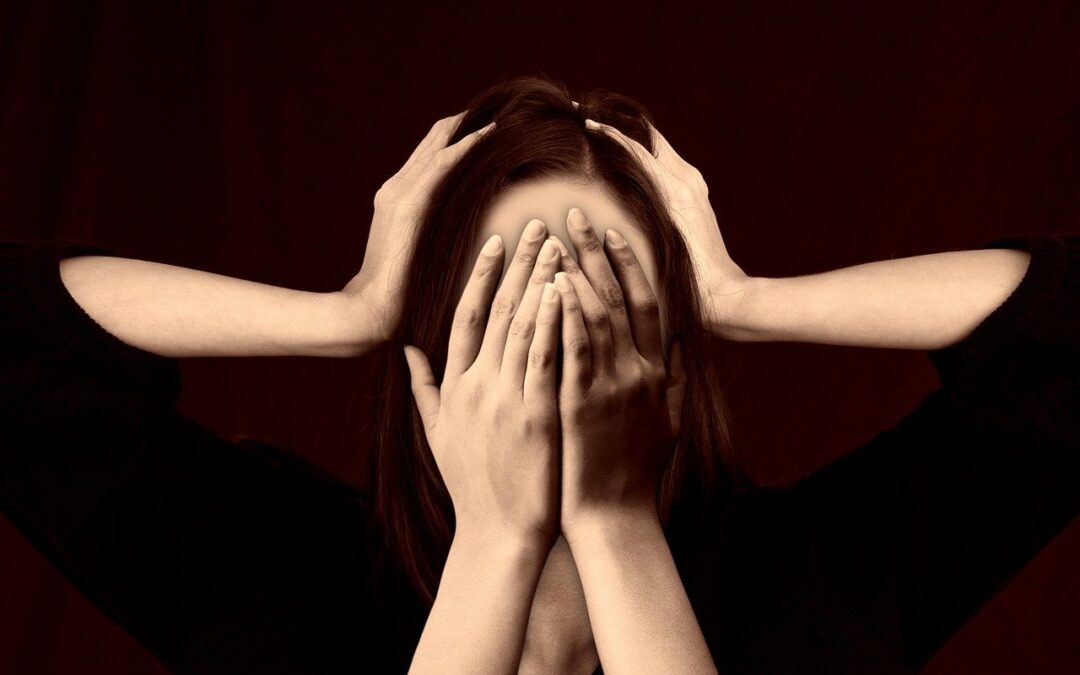 While the treatment of headaches and migraines (frontal, ocular, lateral, occipital andapex) is a great classic of therapeutic Shiatsu, the treatment of hormonal migraines for women remains little discussed and difficult to treat. However, it is one of the most recurrent cases in a Shiatsu practitioner’s career, since 80% of the patients are usually women. To avoid getting stuck on this subject, here are some treatment tips.

In a woman’s life, it is not uncommon to suffer from menstrual migraine, whose scientific name « catamenial migraine ». And for those women who suffer from it every cycle, we can clearly speak of an ordeal to live, because they live in anticipation of their own menstruations. As a Shiatsu practitioner, I recommend everyone to constantly educate yourself on female disorders. Honestly, we cannot just sit back and hope it goes away, that would be beneath our profession. So, let’s see what western medicine has to say about it.

In general, migraine disease is related to neurovascular dysfunctions, which occur under the influence of genetic, environmental and sometimes emotional factors. In women, it is a drastic fall in a particular hormone: endogenous oestradiol. This hormone is used to maintain secondary sexual characteristics in women. Like most hormones, it is derived by metabolic action from cholesterol via testosterone. Knowing this is interesting, as it indicates the importance of cholesterol and fatness in women, as well as a little testosterone, to live harmoniously from a hormonal point of view. Indeed, cholesterol (as well as oestrogen) are the building blocks for a very large part of the hormones we produce. Skinny women will therefore be a target audience for menstrual migraine, but they are not the only ones. Indeed, this hormone can be found in synthetic form in NSAIDs (non-steroidal anti-inflammatory drugs) and in certain livestock products. The massive distribution of these drugs and intensive livestock farming will end up in urine and then in running water. So much so that the French Water Framework Directive requires the level of oestradiol in drinking water to be monitored. As a result, plump women and even men can also be affected by this hormone, which then becomes an endocrine disruptor.

There are two forms of catamenial migraine.

If we stick to the Maciocia « Gynaecology and Obstetrics », we can read in the etiology that the roots can be found in excessive physical activity. This damages the Spleen and produces a Qi and blood deficencies, and emotional tensions. These tensions induce a Liver Qi stagnation and can create rises of Yang or Fire of the Liver towards the head. Another possibility is an Empty Liver Blood.

Blood accumulates in the Baozi (Uterus) and does not circulate well at the time of menstruation, which also affects the Penetrating Vessel (Chong Mai).

From my clinical experience, it is always in the best interest to:

You don’t have to be a fortune teller to understand that the question is about Blood, which makes sense when talking about menstruation. There are four main pathological tables for migraine:

But remember that Shiatsu is not acupuncture. So, you cannot just press points and hope it works. As Master Kawada used to say “The human being is not a machine. It is not enough to push buttons”. Therefore, it is essential to massage the organs (especially the Liver), the meridians, the great 5 elements and to adapt the treatment to Shiatsu. This can be learned, especially from the UFPST schools which teach pathologies in their curriculum.

When draining an organ, it is always good to have the other ones in support.