Why study the deep path of a meridian? 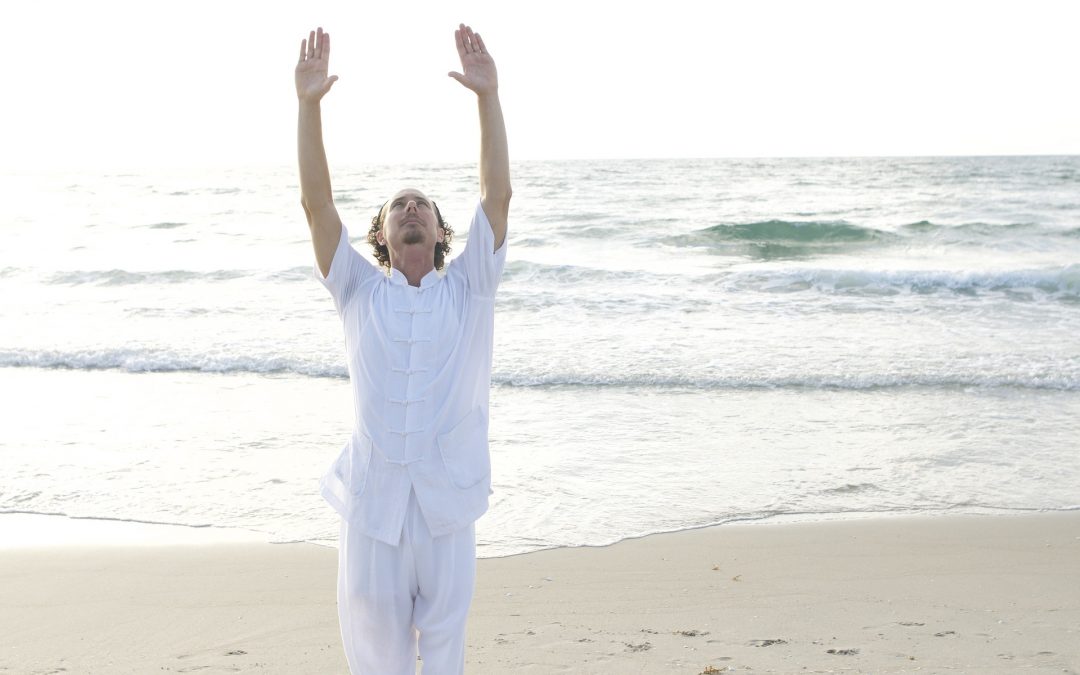 Most Shiatsu practitioners know their meridians to their fingertips. But is this really the case? How many know that each of 12 the meridians follow pathways that can run either on the surface or deeper? The study of their deep paths greatly improves our understanding. Lets’ take this journey using the Lung meridian as an example.

For some time now, I am privileged to be in contact with more and more shiatsushis, notably thanks to the courses I give and to social networks. People from different background and Shiatsu style come and ask me questions. These questions are essentials to the teacher as it pushes him as well to question himself, thus progressing. During this summer intensive bootcamp, I often spoke about the deep pathways of the meridians as I was realizing that seldom was it taught to the students during their courses. And yet, it is for a good reason that they are mentioned: their existence tells us stories that complete our understanding of the meridians.

Since it is the first meridian taught to students and well know both to them and practitioners, we will use the Lung as an example. Everybody knows where the Lung’s first point starts (6 cun lateral to the anterior midline, level with the 1st ICS) which marks the beginning of the meridian, and even more where is the second point which is even easier to locate (6 cun lateral to the anterior midline, below the clavicle in a depression medial to the coracoid process). But to my great surprise, few knew that LU 2 is in fact the start of the surface meridian, i.e. the segment where one can act directly on the meridian outer energy, in other words the points or tsubos.

But there are other paths which are usually represented in Shiatsu’s related charts as dotted lines, and which form the deepest part of the meridian. It is like icebergs; you have the tip and the immersed part. This submerged part gives a lot of information about the role or roles of the meridian, its connections and link with the organ, in this case the lungs. This is exactly what is meant by the Biao/Li relationship, the connection between the depth and the surface. In the case of the Lung meridian, the deep path makes a sort of hook above the navel, thus passing largely into the intestine zone of the transverse Large Intestine and a section of the Small Intestine.

In other representations it is found crooked around the navel. Whatever the case, it continues through the pylorus (lower gate of the stomach) … the stomach pouch ..the diaphragm’s centre… divides itself right and left around the heart passing over the lungs… merges again under the manubrium (the broad upper part of the sternum) …. head straight up into the larynx to finally go asides towards point LU 1.

Next to this, a second internal branch leaves from point LU 7 and joins LI 1 directly.

But what does this mean?

Study of the mini-path of the hand

You do not need to be a big shot in Chinese medicine to understand the meaning of these deep paths.

As for the small branch on the hand, it is simply to illustrate the relationship between the Lung and Large Intestine meridians which form the well-known Yin/Yang polarity couple, and which is linked to the Metal energy. Indeed, the Lung ends on the thumb and the Large Intestine starts on the index finger. Although these two fingers are not far apart, they are neither in direct relation nor close contact. When I was a student, this question puzzled me a lot. I was given explanation that Energy did not need a direct connection as it flows through the skin barrier to “jump” to the starting point of the next meridian. Really?  And why this finger and not another one or even the tip of my nose? In short, there was something fishy about this explanation. The deep path of the Lung on the hand explains more concretely how the relationship is made possible and especially which points are making this possible.

LU 7, Rekketsu (Liè quē in Chinese – 列缺) or “Broken Sequence” is not a point to be ignored. Located in front of the styloid process (in the direction of the meridian flow), it is at first a point that belongs to the VIP club of the Master points. There are only 5 of them in total and they are all like Swiss knives as they have so many applications on a given anatomical area (presently the chest). Then, it is a Raku point or better known in Chinese as Luo (communication) and guess what? Who do you think it communicates with? With the Source point of the associated meridian of course, which is the Large Intestine (LI 4). So, there is already de facto a relationship between the two meridians via LU 7. But that’s’ not all, if your interest is in the Extraordinary Vessels, you will discover that it is also one of the Master Point of the Conception Vessel, it can also be called the Opening point of the Conception Vessel, when paired with KD 6. And backward, KD 6 is the opening point of the heel Yin Vessel and LU 7 its paired point. As you can see, just by studying this deep mini-path of the Lung, a lot can be learned. Therefore, what about the great deeper pathway?

From the belly’s depth to the emergence of energy

Let us now follow the great deep path of the Lung, the one’s, if I can say, through which everything is made possible. We are not going to look too much in books to understand it. Rather, I would like to show you how to perceive it using basic common sense and little observation skills. Its hook above the navel indicates a relationship with the mid part of the Triple Heater. If it is below the navel, like a fishing hook, it tells us how important the link between breathing and birth is. Without the first breath, there is no life, and therefore no umbilical cord that dries and forms a navel. At the beginning of our life, as soon as we leave our mothers’ womb, we have – before anything else – to take a deep breath. Otherwise, a tap on the baby’s butt triggers a nervous reaction and the result is the same. In other words, this means that the belly and the breath are intimately linked, and I personally prefer this explanation, even if it is a little less academic.

Afterwards, the crossing of the pylorus, the stomach and the transverse part of the large intestine and the diaphragm is not innocent. Indeed, as soon as we experience stress, we stop breathing and put ourselves into apnea. Just look at your reaction when you receive an unpleasant email, read painful news or listen to someone criticizing you. And here we are just talking about things that are emotionally manageable. Now imagine that you witness, just in front of you, a person being ran over because he or she is crossed when the pedestrian light was red. As this happens, you stop breathing, then you scream and turn white or green, depending on your nature. This is called emotional shock.

The organ that is most sensitive to emotional shocks and the stresses that result from them is the Lung and immediately afterwards, the Stomach. Who hasn’t felt their stomach to be knot up at the announcement of bad news? It doesn’t take long to feel it tight, does it? This is due to its cellular nature, but let’s not get carried away here. And what’s the best way to relax that area? I’ll give you a hint: breathing. If the energy of the Lung rises at the time of stress, then you will cry, otherwise you will calm down if you let it go down into the belly. The diaphragm located just above is the champion for blocking itself in case of stress, which automatically cuts off the breathing since it is the one that allows the inspiration thanks to its downward movement. Here again, it will be necessary to do some breathing exercises to unwind it, not to mention receiving a good Shiatsu of course.

Its onward journey is quite simple. The pathway goes around the heart on both sides to enter the lungs, this time to indicate or demonstrate the connection between the organ itself and the meridian, and then heads up to the larynx. The larynx is a complex organ, part of the respiratory system which purpose is to manage the opening and closing of the upper airways, allowing the air to flow in and out, to yawn, to swallow, but above all to make the vocal cords vibrate, and therefore to express oneself. The air, the breath, the speech, the lung, all of this is intertwined and explains why we must be careful with what we say (the Buddhists speak of the notion of Right Speech in The Noble Eightfold Path) or else we will hurt both the Lung energy and the Heart’s one which is close by. As a reminder, if all the Yin organs are responsible for an emotion, only the Heart can feel them. It is now time for all this energy to come to the surface after charging all these organs, which it does at the first point of Lung 1.

Again, a little study of the names tells us a lot. This point is not to be called only “LU 1”! This is only a naval warfare game-like code to facilitate learning at first, but which can quickly become a sea mine as one progresses. No, its name is Chyūfu (or Zhōng fǔ in Chinese – 中府), which means ‘Central Palace”, ” Central Treasury “, “Central Archive” according to the magnificent explanations of Jean Motte, the famous French acupuncturist, and which is, by common sense and wisely translated, “Middle of the bowels”. The palace is where are located treasures and what better treasure for us Shiatsu practitioners than the belly, the foundation and source of the Ki. Therefore, and logically, the ancient Chinese designated LU 1 with a name that indicates the source of the deep path of the meridian. In Chinese medicine, there is no such thing as coincidence.

The quest of deep paths

If equipped with a hint of common sense, and without losing ourselves into complex explanations, we can accept to change our way of thinking, then the study of the deep pathways becomes an ongoing discovery and learning journey giving sheer gratification.  Very early in my teaching, during the second-year course, I provided a teaching syllabus containing the deep pathways, the musculotendinous and the communication meridians, because it is not because one learns Shiatsu that one should be ignorant of these aspects of energy. By contrast, this knowledge is key to grasp the full picture of the complex jigsaw when it comes to Eastern medicine. This will allow you to make skilled techniques unthought of before. For example, if one day you find LU 7 completely empty, a quick and easy way to boost it is, while keeping on pressing it to exercise a friction below the navel and forcing the breath from the hara. The speed of results is quite impressive. Therefore you should not waste any more time this fall reading the umpteenth evergreen story on Metal energy as we are entering autumn, and whatever the case, this would be a long-winded reading as if there were not already thousands of subjects that have not yet been written and immerse yourself in the deep pathways of the meridians. You will come out greatly uplifted.